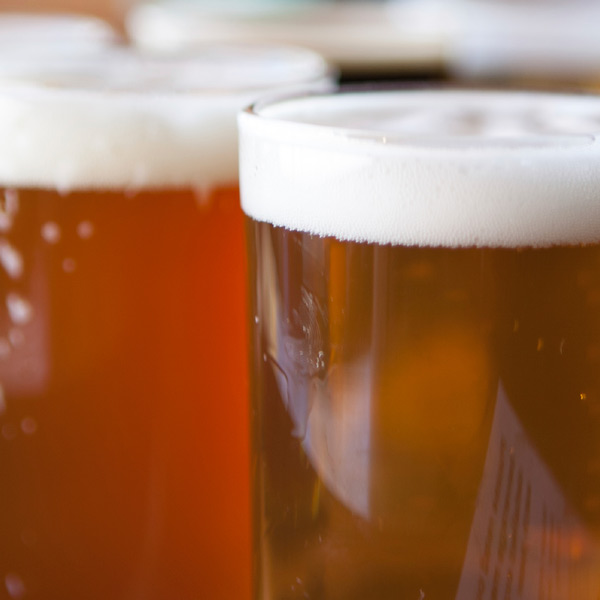 Pucker up, lager lovers–the summer of sour beer is upon us!

Back in the earliest days of brewing, many if not most beers had an element of sourness to them due to uncontrollable fermentation processes. Beer was often fermented in large open-air vats and the microorganism that produces alcohol was accompanied by others that produced acids and phenols lending the end product a distinct tartness. As science progressed, brewers learned to better control the processes involved in fermentation. Hundreds of non-sour styles developed over the centuries- though a few like Lambics, Berliner Weisses, and Guezes have retained their tang. Fast forward to the modern world, and sours have seen a real popularity jump in the craft been scene over the last few years. Often fruity, refreshing, and lower in alcohol they make an excellent choice for a summer sipper.

We began our Sour Barrel Program in late 2013 when we filled red wine barrels- sourced from Boston Winery- with two lagers and dosed them with a mixed culture of Lactobacillus, Pediococcus and Brettanomyces. Roughly a year ago, our Framingham Lager was added to program in barrels dosed with Bettanomyces. Over time those added microorganisms have slowly changed the profiles of the original beer- creating tart, funky, and earthy flavors. Barrel souring is a slow and steady process but we can finally enjoy the literal and figurative fruits of our labor!

These barreled beers form the bases for a variety of fruited sour lagers that we will be releasing at monthly intervals throughout the rest of 2015- with other projects like Brett Smoke and Dagger with Pumpkin and a Dry Hopped Sour thrown (or pitched) into the mix as well!

In the past our Sour Barrel Projects have only been available on draft and for growler fills at the brewery, as packaging sours on our existing bottling line risks compromising the flavor of other beers. However, we’ve recently created a mechanism that would allow us to package our sour projects so keep an eye out for bottles summer of 2015! Growlers of our sour beers are best enjoyed within 10 days, while bottled sours are shelf stable for years, and may evolve and become better over time as well! Stay tuned!