Back in January when we were dreaming of warmer months and reopening our outdoor Beer Garden, we got to thinking about how we could improve the space. We decided that the big blank wall that spans the length of our building in the Beer Garden needed a facelift. 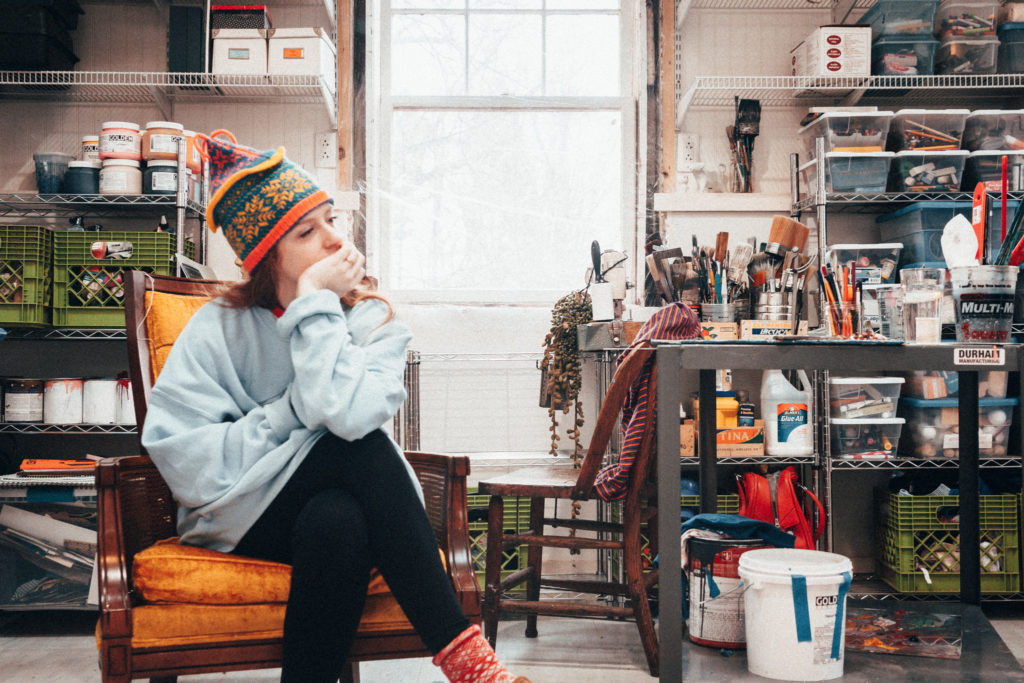 Mia in her Framingham art studio.

We’ve known Mia and her family for some time. Born and raised in Framingham, her family lives down the street and have been frequenting the brewery for years. Although Mia currently lives in Providence, Rhode Island with her husband, the mural she’ll paint on our building will be her first commissioned work in her hometown.

Mia comes from a family of creative people. Her paternal grandfather drew and made whirligig sculptures, her maternal grandfather immigrated from Italy, built houses, and was a painter, her dad is a painter and sculptor, she has an aunt who makes jewelry, a cousin who works for a gallery, another cousin who is a photographer, and her brother went to MassArt for Industrial Design.

Mia’s interest in art began early in life. She described a drawing she made in the first grade that answers the question: what do you want to be when you grow up? She said, “When I grow up I want to be an artist because you can just mess around and then you will have a beautiful picture it’s fun!”

By the time she was a sophomore in high school, she realized she wasn’t going to be a professional soccer player. She took an AP Art, and Television Production course, and began to think of ways she could turn her creativity into something that would make her a living. She applied to colleges with the idea of going into marketing or television production. She was accepted to several colleges across the country, three of which were in Boston. Mia picked Boston University since it was the only one that had a dedicated art school.

“I’m so relieved that I picked BU because it was evident pretty quickly that I loved it,” said Mia. “I loved studio art, and it fulfilled me so much.”

She joined the Cambridge Art Association and Fountain Street Gallery. She applied to every show she could hang her art in. She hung her art in spaces that weren’t always the most glamorous, but with the goal to have it seen by as many people as possible. She networked like crazy.

When she graduated, she briefly worked as a display artist for West Elm in Fenway before heading out to an artist residency at Arts Letters & Numbers in Averill Park, NY. After the residency, and with a sizable student loan debt from BU, she reluctantly returned to her parent’s house in Framingham to save money.

“It was the biggest blessing ever. I was super privileged to have the relief from paying rent for a while. There’s an old carriage house that my parents converted into an artist studio. It was the dream,” Mia recalled.

Through a friend she made while working at West Elm, Mia got a job as a studio assistant to Brookline sculptor and fiber artist Janet Echelman. From 2015 to 2016, she’d take the train into the city to work for Janet, while still trying to make her own art on the side. In 2016, Mia applied and won the Blanche Colman Grant for the arts, said goodbye to Janet Echelman, and began building her own career.

Mia says her main inspiration for her art comes from her parents: the support she received, and watching her dad be creative while she was growing up. Other artists she admires are Gustav Klimt, Kiki Smith, Euan Uglow, and well, mother nature herself.

“I’ll always think mother nature is the best artist out there and nobody can do much better than her.”

Aside from painting a new mural on our building and adding a splash of color to the neighborhood, Mia’s future plans include transforming her garage into a studio, starting a family, and splitting her time between developing her craft, and working on commissioned projects.

We can’t wait for you to see the mural as it comes to life! We’ll be sharing more information and pictures as this project moves forward. In the meantime, you can learn more about Mia’s art (and purchase prints!) at her website: www.miacross.com 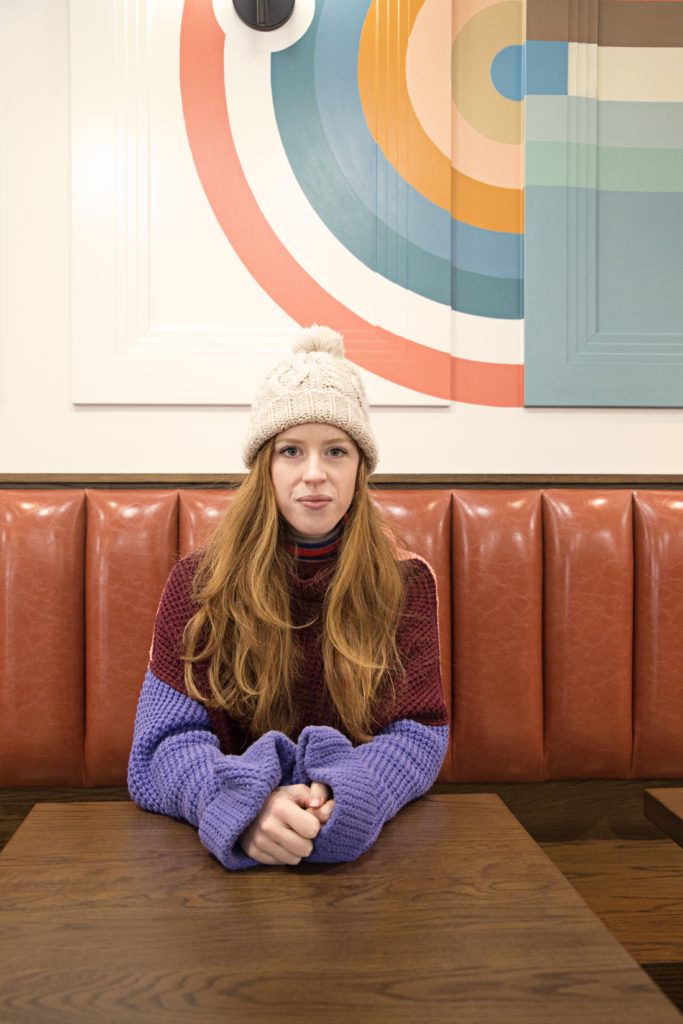 Guest Blog – Christine Suau, founder of Why Not Devin
October 20, 2020