If you have been to our Beer Hall recently, you may have noticed some beers available on draft either called “Co-Pilot” or “Test Flight.” Both series are brand new and coming straight from our Pilot System. This 5-barrel system is the home to all of our small-batch, brewery exclusive, experimental beers.  Both series are draft only and are used to test new recipes on a smaller scale.

The Co-Pilot series will be brewed monthly to experiment with different ingredients, flavors, styles, and brewing techniques. Our Co-Pilot beers may eventually become beers in the Jack’s Abby or Springdale lineup, and are brewed as a collaboration between both production teams.

Test Flight is a new program we have been developing in-house to give brewery employees a chance to experiment and learn the brewing process through hands-on involvement. Every two months, a team of employees from production, to sales, to our Beer Hall staff, get together to brew their own unique beer. The team gets to write their own recipe and develop a beer from start to finish. The Test Flight program has been great for team building in the brewery. Our first team recently brewed a watermelon gose that is available now at the Beer Hall.

“Brewing a Test Flight beer was such a great experience as it gave me a real in-depth look at the ins and outs of making a beer – from conception to ordering ingredients to deciding glassware.” – Kat Leggett, PR & Events Manager. 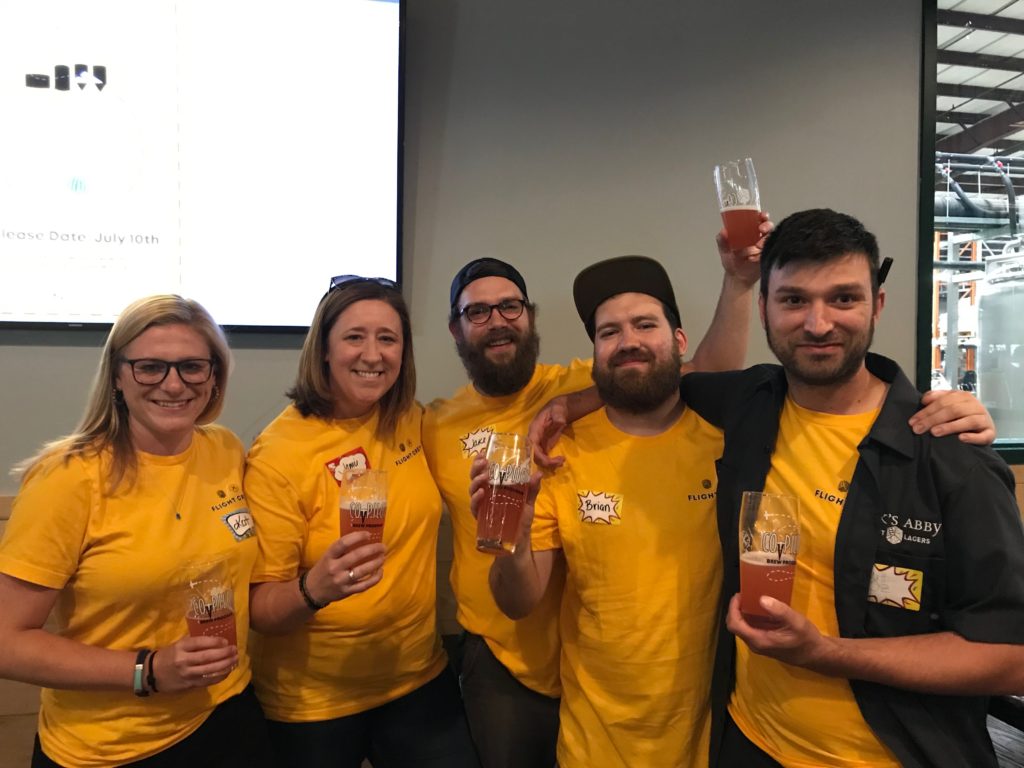