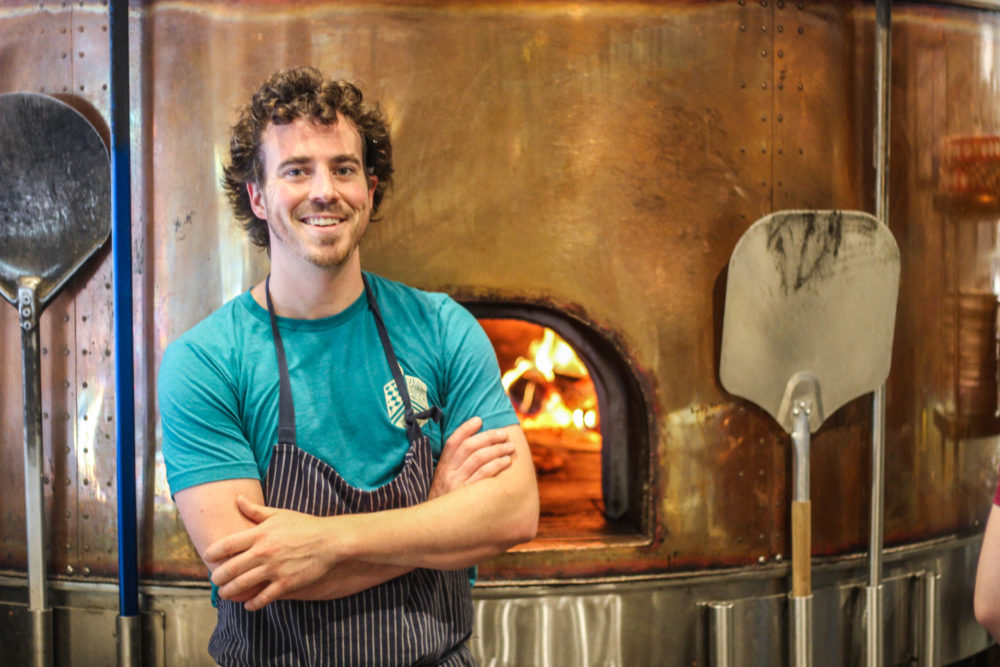 The Jack’s Abby Beer Hall is excited to announce that Ian Maschal joined the team as Executive Chef in June 2019.

From his first job working at a pizza shop to spending every summer at his family’s summer seaside businesses – an ice cream store, chowder shop and fudge shop – on Long Beach Island, New Jersey native Ian Maschal’s love of the culinary industry started at a young age. Years later, Ian refined his passion for food and hospitality at Johnson and Wales University, graduating in 2009 with a culinary degree. While at J&W, he interned with the New England Patriots for three years, eventually becoming the Sous Chef in charge of catering operations for Gillette Stadium’s 89 private suites.

For the next several years, Ian held positions at restaurants throughout New England, most notably Sous Chef at Barbara Lynch’s acclaimed Menton and Opening Executive Sous Chef at Bar Mezzana, a seafood-forward Italian restaurant from Chef Colin Lynch. Ian most recently comes from Eventide Fenway as Chef de Cuisine, where he assisted the James Beard-award winning team with opening operations including kitchen layout, menu development and staffing & training. Our team is excited to have Ian join us as Executive Chef of the Jack’s Abby Beer Hall, bringing his expertise for kitchen management and locally-sourced food.

With Director of Hospitality Megan Parker-Gray leading the charge, the Beer Hall will be revamping its customer experience, from food program to service training.

The updated menu will focus on fare that complements our beer brewed on-site – utilizing top-quality, locally-sourced ingredients. A selection of Wood-Fired Pizzas will remain the cornerstone of the menu, while a succinct list of rotating, seasonal dishes will round out the offerings.

Over the next few weeks, we will be going through a transitional period as we switch over to a new menu. Stay tuned for a final menu announcement.

Guest Blog – Christina Suau, founder of Why Not Devin
October 20, 2020