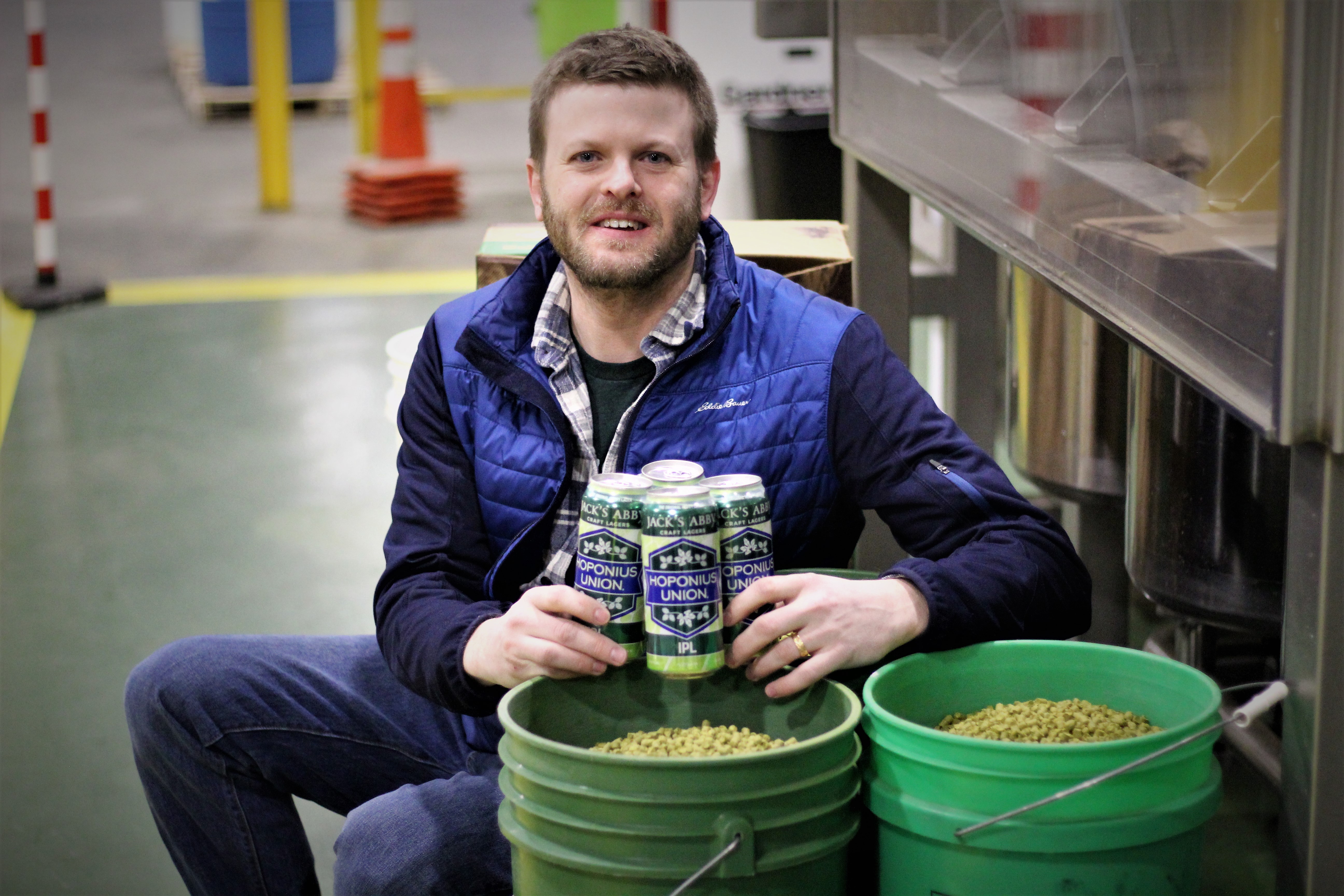 Here at Jack’s Abby we have always aspired to find the perfect balance of German tradition with American innovation. Since the beginning , Hoponius Union has been a beloved hoppy lager by many. As we continue to grow, our flagship beer has grown with us, and quite literally this time. Hoponius Union will now be packaged in 16-oz cans, because the only thing better than a can of hoppy lager is a bigger can of hoppy lager. We sat down with owner Jack Hendler to talk about Hoponius Union’s journey.

When did you first brew Hoponius Union, and was it always intended to be a core beer?

Jack Hendler: Hoponius Union was the fourth batch of beer that the brewery ever brewed, in the first month of Jack’s Abby, and we were unsure how the public would respond to a hoppy lager. We were able to get our hands on a few hops that we liked a lot and figured it was worth a shot to try and brew an India Pale Lager.

What was the initial reaction of the public, did they understand what you were trying to do with this beer?

JH: No one really knew what “IPL” was, it took a lot of education and communication in order to wrap peoples’ heads around the concept. It’s certainly evolved over the last 7 years. For us, it was always particularly well known in the Massachusetts market. But, there was certainly no indication when we first brewed that it would end up as successful as it is.

So what made you then decide that this IPL was going to be the standing flagship of Jack’s Abby?

JH: The people decided from the first day it was put on tap. It was the best seller and continues to be a top seller seven years later!

How has Hoponius changed in the last seven years from when you first put it on tap?

JH: It’s been a fairly dramatic evolution for the beer. We have been tirelessly working to keep up with trends that require hoppier and hoppier product. As Lupulin threshold shift has taken place (the pallet becoming less sensitive to hops), it has forced us over the last seven years to double the amount of dry hopping we do on Hoponius Union. The base beer of Hoponius has been really versatile for us and we have been able to experiment and have some fun. Hoponius on Holiday, Citra n Ella, 3x Hoponius, all take from that base beer, and we plan on more to follow.

There has certainly been a lot of evolution in the packaging as well. Did you ever think that batch of hoppy lager in month 1 would be sold in 16oz cans across eight states?

JH: The funny thing is that this beer started in 16-oz bottles, then moved to 12-oz bottles, then to 12-oz cans, and is now in 16-oz cans for the first time. Our goal has always been to get the customer the best possible package for consuming this beer and it’s hard to deny the excitement around 16-oz cans, in particular for hoppy beers like Hoponius Union.

**Hoponius Union will be available in newly branded 16oz cans in Massachusetts beginning early March. Other markets to follow shortly.** 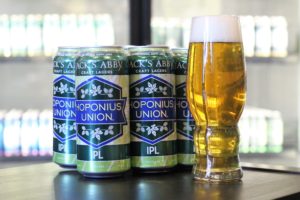