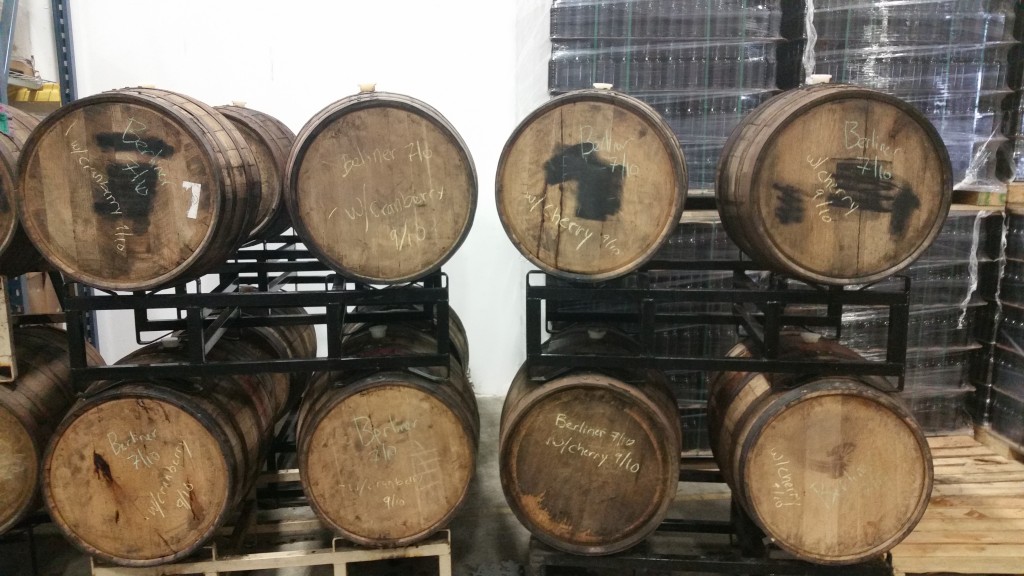 We currently have four different beers that we are souring in barrels at the brewery, most of which have several variants.  This week we added fruit to barrels of our Berliner Lager and thought that now was a good time for a status report on sour program.