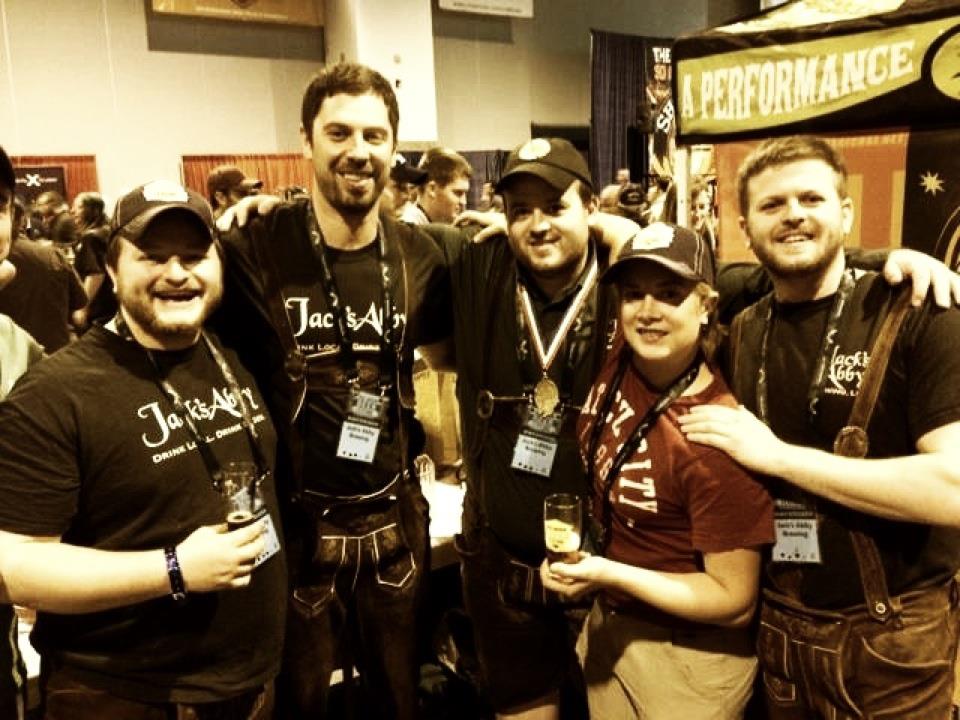 We just got back from an amazing week in Denver for the Great American Beer Festival®.  The festival had 4 long sessions, and when we were not there we were rushing to get to as many local breweries as possible.  It was both exhausting and exhilarating, and ended with the unforgettable experience when Smoke & Dagger won a bronze medal in the Smoked Beer category.

Some people have asked us what we submitted for judging and in which categories they were entered.  This sounds like something that should be easy, but many of our beers do not fit neatly into one of the establish categories.  So here are our submissions along with some our thoughts:

This was a great learning experience for us, and there are a lot of things we could do to improve the GABF experience.  For one, we did not realize until very late that the beer had to be in Denver almost a month beforehand.  Next year we may change our production around a little to get some different beers out in time to be judged.  We will also plan ahead a little more to set up refrigerated transportation for the beer instead of standard shipping.

Hopefully there will be more Massachusetts breweries entering next year so we can coordinate these things together. It was actually kind of sad how few New England breweries were represented at the GABF; our section was by far the smallest.  As we are the farthest region from the festival there a lot of extra costs involved in attending and getting the beers shipped for judging.  Next year we will try to work together to lower costs wherever possible and try to get some of the other excellent breweries in our region involved.

Spillin’ The Tea on our Collab with Finback Brewery
July 14, 2017