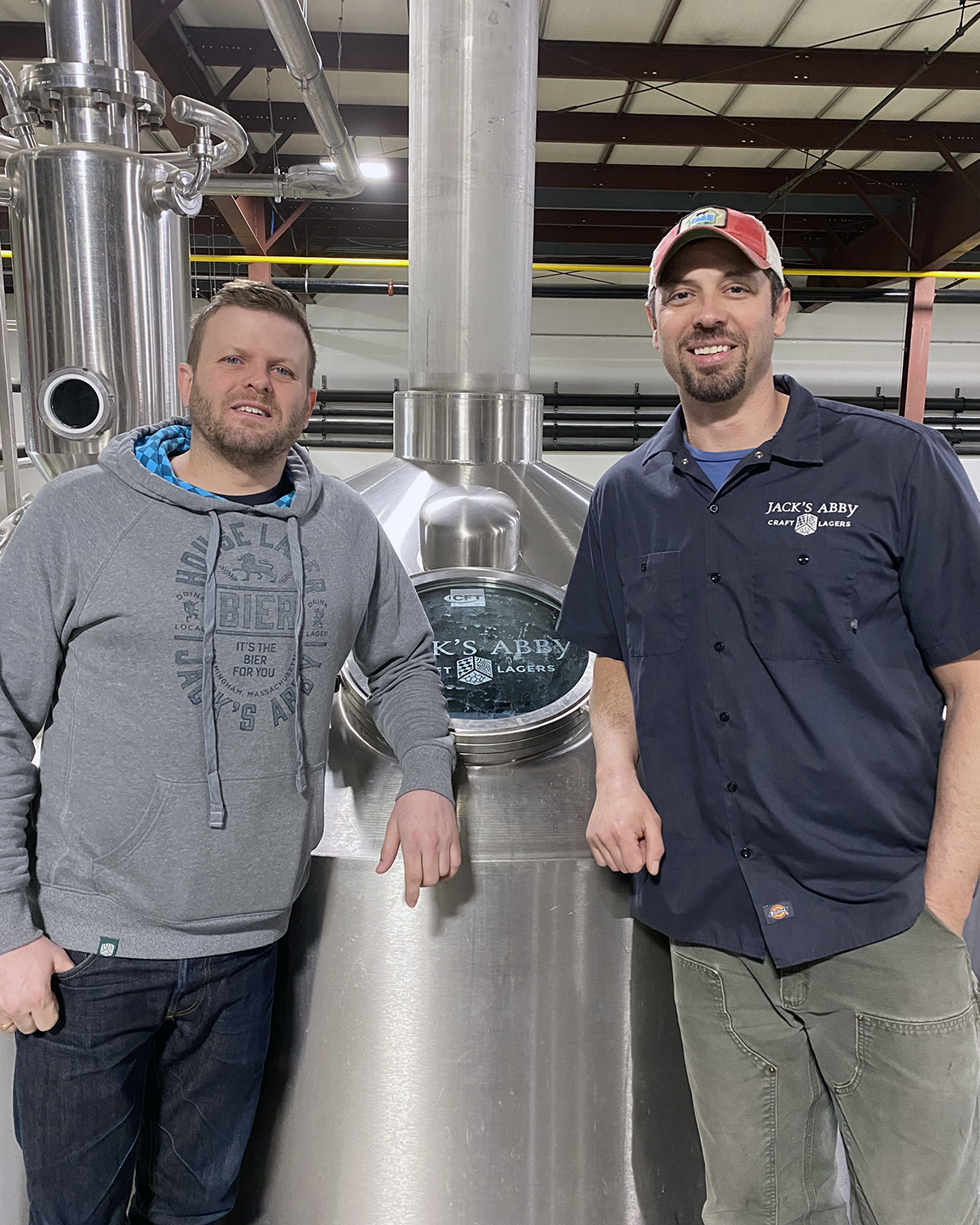 This week we are saying goodbye to our Head Brewer and Jack’s Abby’s first-ever employee, Mike “Lashes” Gleason. After brewing world-class Lagers with us for the last 10 years, Gleason is leaving our family so he can focus on his own; his wife Lara and his two kids, aged 7 and 8. We’re sad to see him go, but know the importance of family: it’s what we founded our company on, it’s our work culture, and it’s reflected in the greater community we’re proud to be a part of.

Before beer, Gleason worked in education for 11 years. In 2007 he began homebrewing and the rest, they say, is history. After living in Colorado for nine years with Lara, the pair decided to move back to New England (where they are both originally from) and settled in Southborough to start their family. Looking to make a career change, Gleason sent his resume to small and up-and-coming breweries in the area. After sipping Red Tape with his wife at the British Beer Co. in Framingham, Gleason knew the Hendler brothers were on to something.

“On the first sip I was like, ‘this is a great beer’. We need to go check out this brewery tomorrow,” he said.

So, they did. At the taproom on Morton Street, Gleason met Jack and tasted the full lineup of the four beers they had on tap. After meeting Jack, Gleason sent him an email asking about a possible internship. The following weekend, Gleason and his dad went to the brewery’s hop-picking party: a public event where guests picked hop cones off heaps of fresh bines for a wet-hopped lager Jack was planning to brew.

“I used the hop-picking party as an opportunity to meet with Jack and put a face to my email,” he said. “A week later he brought me in and I started volunteering that September of 2011.”

In the beginning Gleason volunteered three days a week on Mondays, Wednesdays, and Fridays, shadowing Jack and cleaning kegs and growlers. He caught on quickly and was helping to brew, fill kegs, and deliver them to Boston in the company van within a few weeks. After about a year of internship and being paid as a part-time employee, in late 2012 Gleason was hired on as Jack’s Abby’s first full-time employee.

“I was the first person at Jack’s to get paid,” he said, smiling. “Even before the owners, because they were just putting money back into the business, so I was literally the first person making money.”

In the winter of 2013, Jack gave Gleason the reins of the brewhouse for the first time. Lashes Lager is a Red India Pale Lager, named after Gleason’s nickname, “Lashes.”

“Before we had kids, my wife and I were having drinks at a dive bar in Framingham with Jack, Sam and his now wife (Meredith), and Eric,” said Gleason. “Lara explained to Sam how beautiful she thought my eyelashes are…I did not know about this conversation until later that evening. The very next morning at the brewery I’m washing growlers and Sam pokes his head in and says ‘Morning, Lashes’ and that is how it began.”

The beer’s style was influenced by Red Tape, the first Jack’s Abby beer Gleason ever tried, and his idea of trying to offset Hoponius Union sales. So basically, he says it’s a cross between Red Tape and Hoponius Union. Since its debut in 2013, Lashes Lager has been re-released several times and is a fan favorite.

But a decade of a brewing career doesn’t come without mishaps. While he was working at the Morton Street taproom one night, he closed up shop and had to make a last-minute keg delivery to the Horseshoe Pub in Hudson. Rather than driving the company van there, delivering the keg, then driving back to the brewery, he loaded the keg into his wife’s Subaru that he was driving.

“I didn’t put the keg in far enough and I closed the back, and it shattered the glass,” said Gleason. “Sam was out there with me and I looked at him and I said ‘I think I might be divorced’.” He still delivered the keg, and happily, the marriage survived.

Another thing that survived is the brewery. From its humble beginnings on Morton Street, to building and expanding at Clinton Street and everything that happened in between, Gleason has a unique vantage point looking back on it all.

“To be able to expand to three times the size says a lot about their product and how they went about their business,” he said. “It was very cool to see all their hard work that they put in, and after the first two years of not making any money, to what they are now. It’s exciting.”

His parting words of wisdom to the next Head Brewer? Pay attention.

“Do not assume. Use your eyes and ears in the brewhouse to know if something’s going wrong. Always think about the quality of the beer, not the quantity. We want to make quality beer here.”

Thank you, Mike “Lashes” Gleason. You will always be family to us.