Spillin’ The Tea on our Collab with Finback Brewery 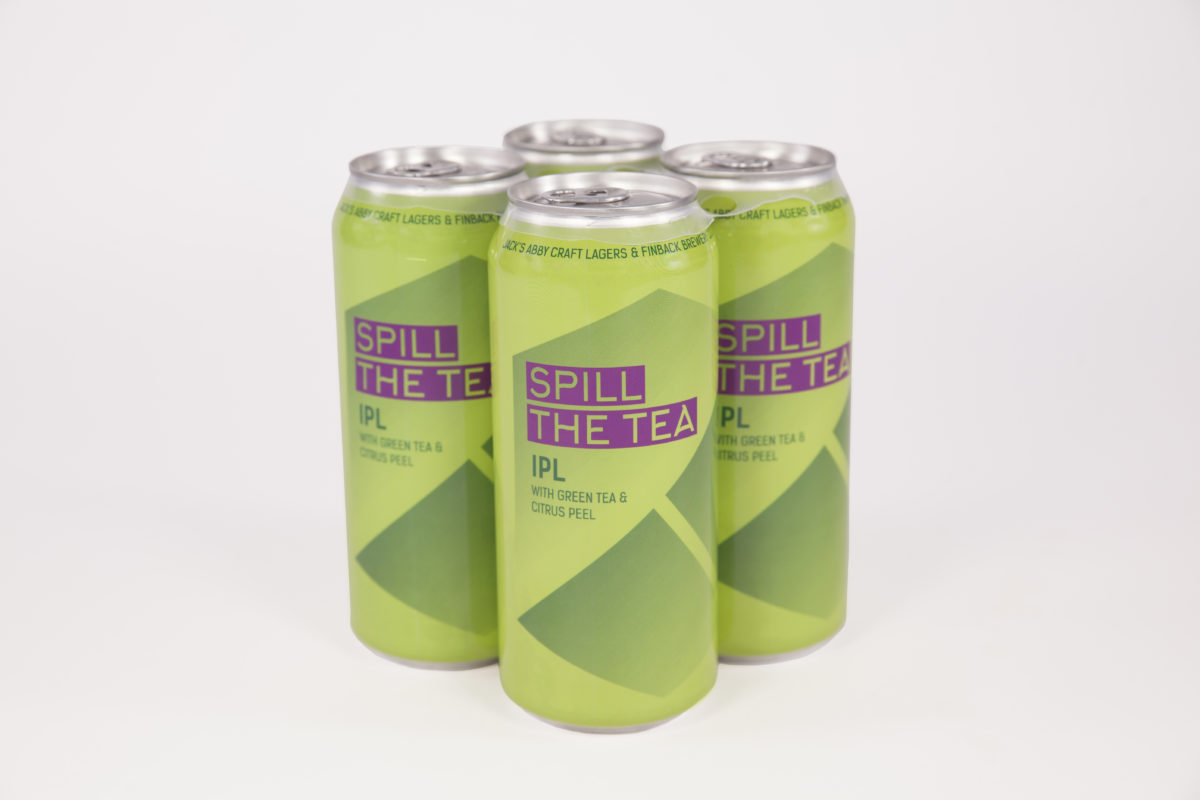 Finback Brewery out of Queens, NY and Jack’s Abby have teamed up to bring you two versions of a crazy drinkable summer IPL, Spill The Tea.

The Jack’s Abby variation of Spill The Tea is an aromatic India Pale Lager brewed with green tea and lemon, orange and grapefruit peel. A combination of Citra and Mosaic hops pairs well with the extra citrus and the green tea gives this brew a drying, citrus-herb finish. The ABV clocks in at 5.4% which makes it an easy-drinking, lighter bodied IPL that’s ideal for the Summer heat! The Finback variation is also brewed with Citra and Mosaic hops and green tea, but it’s finished on watermelon which gives it an added fruity character.

“Collaborations for me are just so much fun, such a great way to meet people, and learn what other people are doing ,” said Basil Lee, co-founder, brewer, and CEO of Finback Brewery.

For Jack the feeling is mutual.

“I bring something back from every collaboration(…)and we’re able to incorporate that into what we are doing at the brewery. So I always look forward to them. And creating that community in the beer world, but I like the learning aspect just as much.”

Founded in 2011, Finback Brewery is born from a passion for brewing and experimentation. After a long search combing through back streets, along canals, under bridges and industrial no-mans lands, braving collapsing roofs and cardboard box jungles the brewery found a space in Queens in 2013. Armed with a 20 barrel brewhouse, Finback released its first beers brewed in Queens in January 2014. The brewery is proud to call Queens home and become a part of the diverse and rich culture of the borough. We’re excited to be one of NYC’s newest breweries and to make NYC culture even better. Finback recently expanded their distribution footprint to include MA, so look out for their beers on your local package store shelves.

Where you can find Spill the Tea

You can find both versions of Spill the Tea throughout MA & NY and our version of Spill The Tea is available in the Jack’s Abby Beer Hall on draft and available in 16oz. cans at Retail.

Head to our Events Page for details about a Spill The Tea Release Party happening near you!