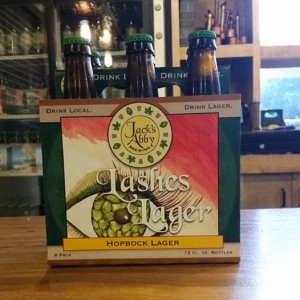 Lashes Hopbock lager is returning as our new seasonal available on draft and in 6-packs. The recipe was designed by our head brewer, Michael Gleason, and named after his beautiful eyelashes.