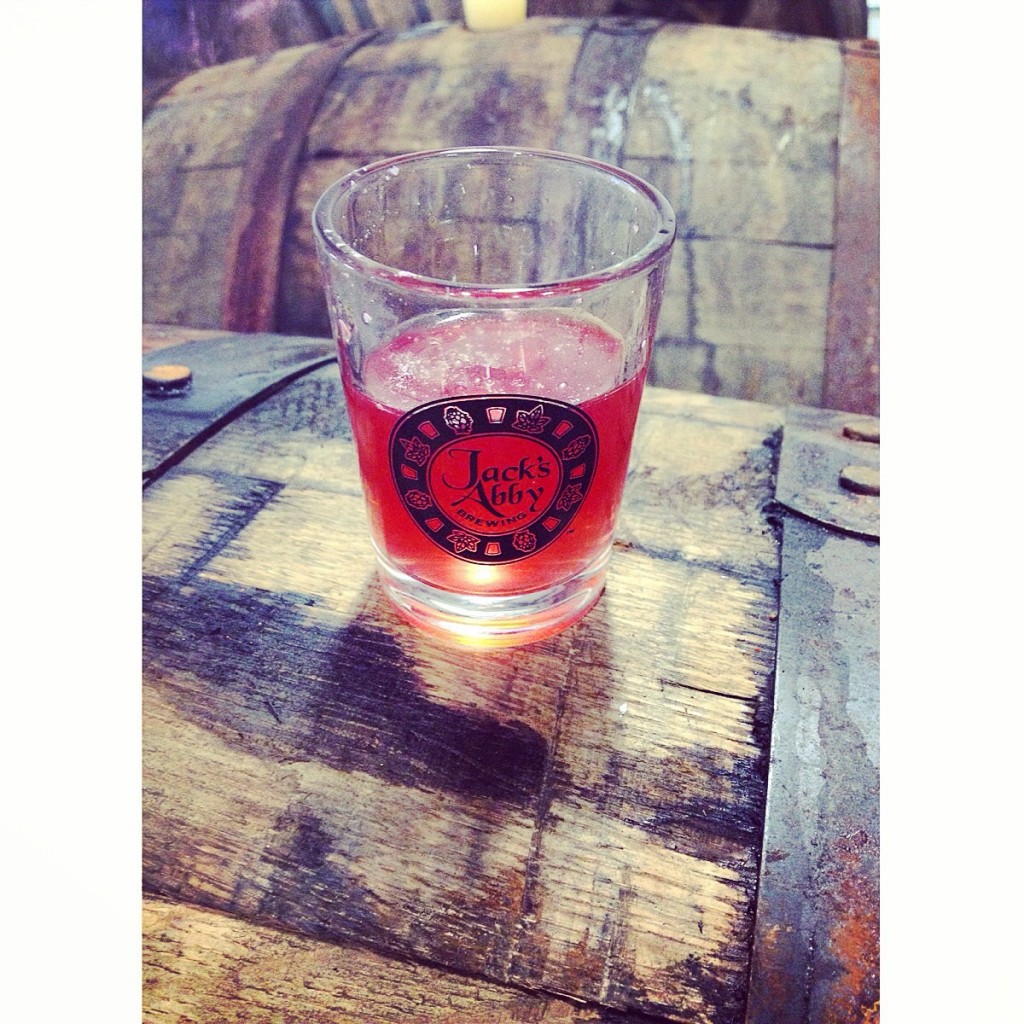 This Wednesday, 10/15, we will be releasing our Cranberry Barrel Aged Berliner Lager.  Since July, we have been aging our Berliner Lager in oak barrels with three different fruits.  The barrel aging allowed for the fruit and wild fermentation to add a new complexity to the beer.  The first release will be our cranberry version, which will be available only at the brewery for tastings and 32oz growlers.

Each of the next three weeks will see the release of a new variety.  Cherry will be released on 10/22, Plum on 10/29 and there will be a blended version of all three available 11/5.  In addition to these fruit versions there is a Brettanomyces version that will be released at a later time.