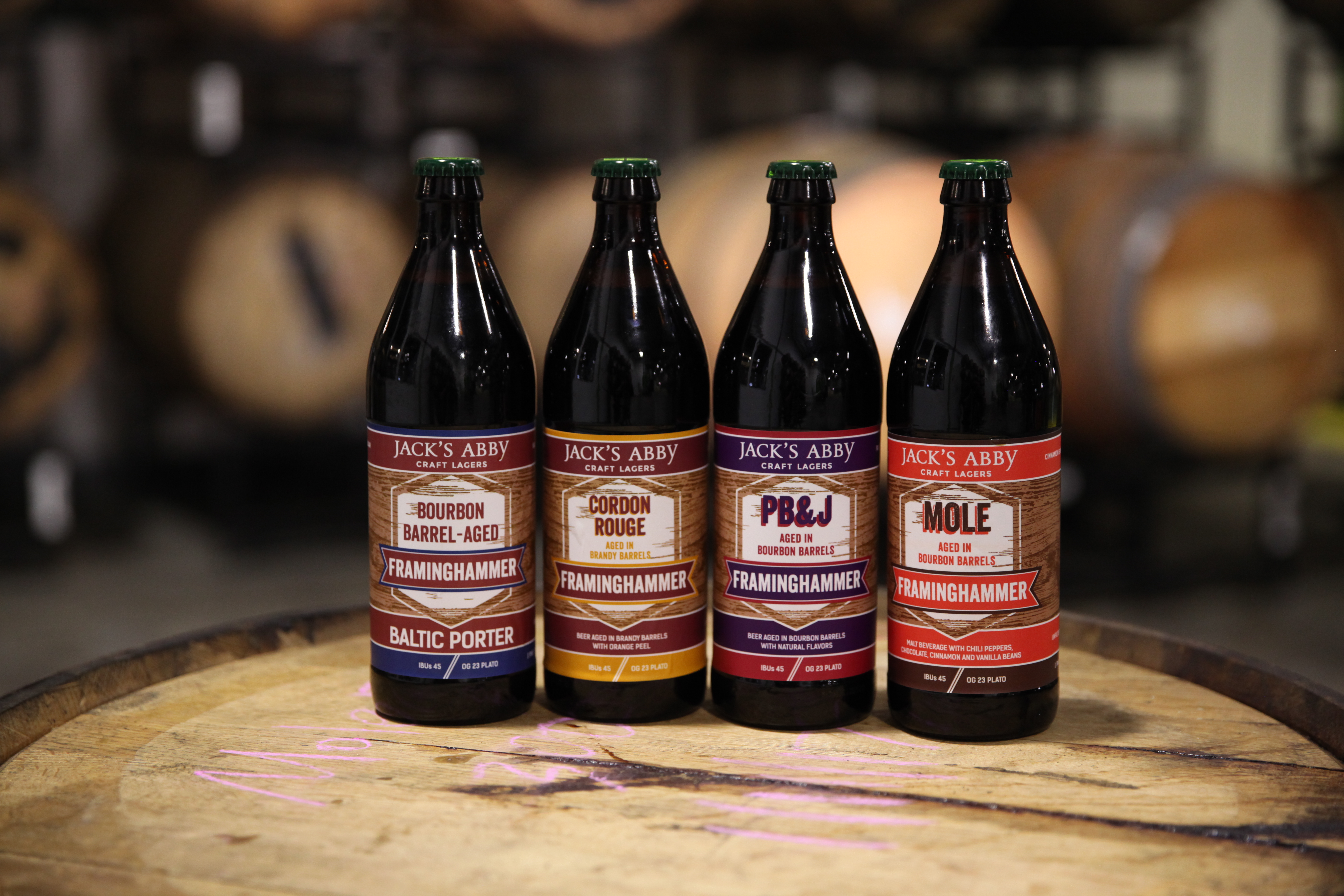 We’re starting our St. Patty’s celebration early with a week FULL of releases at Jack’s Abby and Springdale Barrel Room. That’s right, we’re having a week long pre-game of releases to help you prep for the weekend’s festivities. Come on down to the Beer Hall or the Barrel Room to pick up your supplies for the weekend or sample something you’ve never tried before. We’ll have new releases Wednesday, Thursday and Friday. At Jack’s Abby we’ve got four of our barrel-aged Framinghammer variants and the release of Wicked Philthy, our collab with Søle Artisan Ales, a wicked hoppy NE Style IPL. At Springdale, Good N’ You is back as well as a release of a brand new draft-only Biere de Garde. And, of course, Springdale sours Kriek Mythology, Slanting Light and Cuvee d’Or Rouge are all available in bottles.

PB&J Framinghammer is our take on a classic. Aged with Teddy’s local peanut butter. Who doesn’t love a good PB&J sandwich?!

Bursting with flavor. This variant is aged with chili peppers, chocolate, cinnamon and vanilla beans.

The OG Framinghammer. Simple and Classic.

Cordon Rouge is aged in brandy barrels with orange peel and it’s available in bottles for the first time this year. 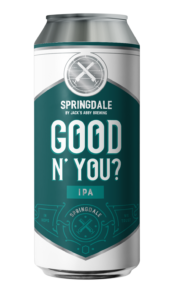 Brown lager aged on plums in a foeder

Our Barrel Master’s blend of golden and red sour lagers

Our St. Patrick’s Day release is Wicked Philthy, our collaboration with Søle Artisan Ales. We joined forces to pioneer a whole new style and bring you this hazy, creamy, juicy NE IPL. It has a seriously intense tropical hop aroma and just enough bitterness to keep you coming back for more. Come on down to the Beer Hall to pick some up for your St. Patty’s Day weekend. Limit 2 x 4-pack of 16 oz. cans. 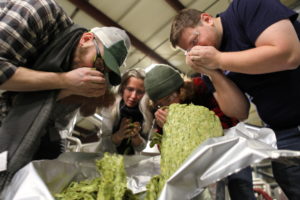 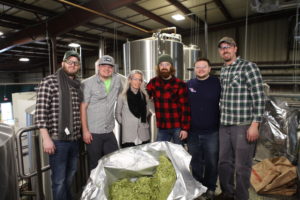 *A previous version of this blog post listed Tuesday (3/14) as the release date for Barrel-Aged Framinghammer’s. This has been changed to Wednesday (3/15) due to the impending snowstorm.