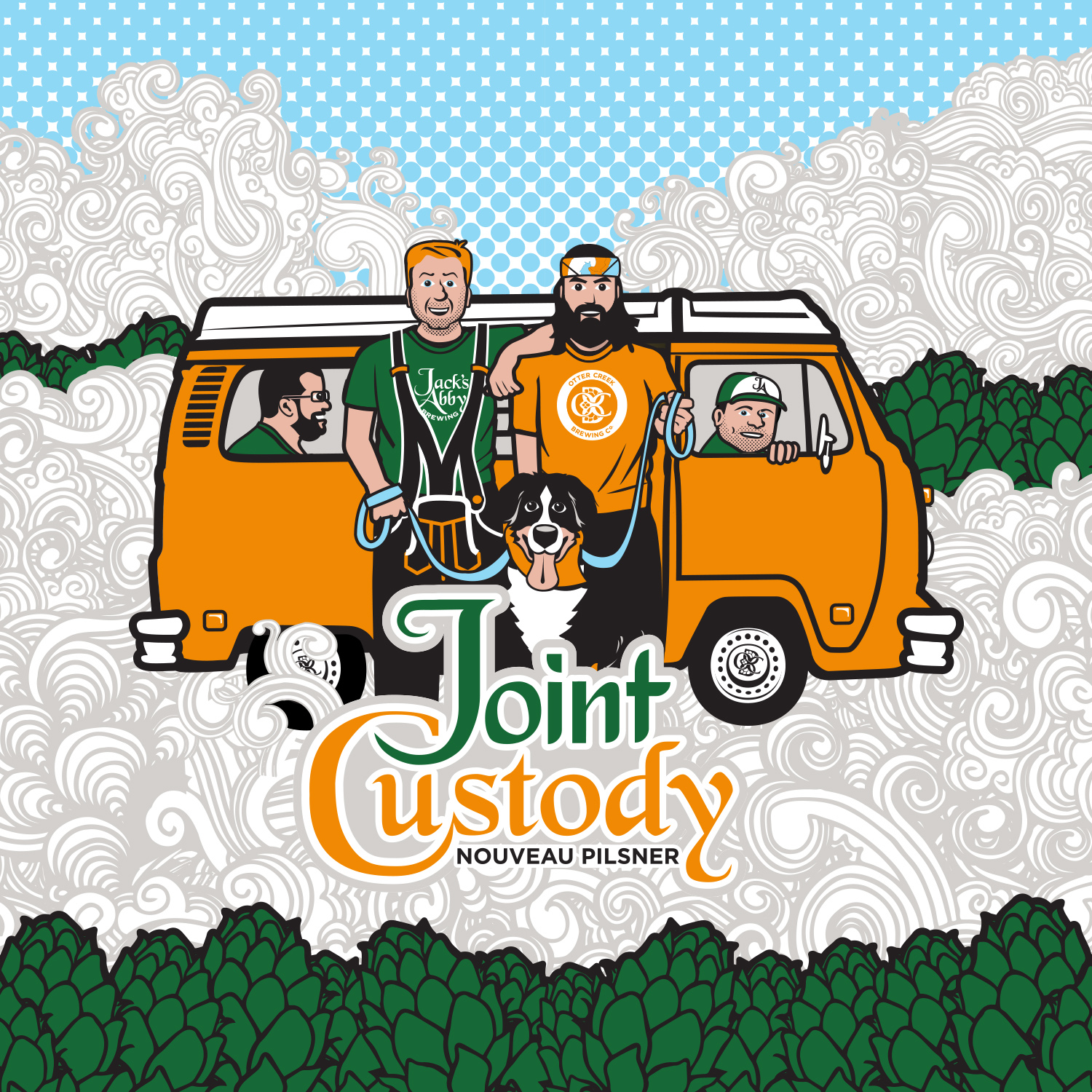 Vermont and Massachusetts brewers team up to brew Joint Custody

Otter Creek Brewing and Jack’s Abby Brewing are lacing up their lederhosen and joining forces on a collaboration creation of the highest kind.

Inspired by the German brewing background of both brewmasters, Mike Gerhart and Jack Hendler, from Otter Creek and Jack’s Abby, respectively, are bringing their teams together to brew Joint Custody, a nouveau Pilsner featuring Huell Melon and Mandarina Bavaria hops.

A guardian of the old- and new-school, Joint Custody fuses a traditional Bohemian build with the juicy notes of Germany’s newest hop breeds. The result is a nouveau Pilsner that is packed tight with the big hop flavors that you have come to expect from both parties.

In the spirit of collaboration, this brew pulls inspiration from both highly acclaimed breweries. From the innovative, award-winning lager offerings of Jack’s Abby’s, to the style-bending hoppiness of Otter Creek’s most recent creations, Joint Custody showcases the camaraderie and creativity of New England’s craft brewing scene.

“They’re [Jack’s Abby] setting the craft world on fire right now with their lagers,” said Mike Gerhart, brewmaster of Otter Creek Brewing. “We’re stoked to throw some fuel on that fire with this collaboration.”

For Jack’s Abby, the admiration is mutual.

“As far as innovation goes, Otter Creek has put out some great beers of late,” said Jack Hendler, co-owner and brewmaster of Jack’s Abby Brewing.

“Mike and his crew have showed that they can dose their beers [with hops] with the best of them,” he added.

Joint Custody will debut at the Vermont Brewers Festival on the weekend of July 17-18, and will be available on draught and in six-packs of 12oz. cans. This brew will see distribution throughout Massachusetts, Rhode Island and Vermont with limited quantities sent to Connecticut, upstate New York, New York City, Philadelphia, Pittsburgh, seacoast New Hampshire and Portland, Maine.

Otter Creek has been hitting, hopping and dosing brews with creativity since 1991. Under the direction of brewmaster Mike Gerhart, we are undergoing a renaissance of rad, a rebirth of cool — throwing a bit of kind into the kettle whenever possible. Straight from our stash to your glass, our hop-soaked ales and lagers are available throughout New England and the mid-Atlantic states.

Guest Blog – Christina Suau, founder of Why Not Devin
October 20, 2020