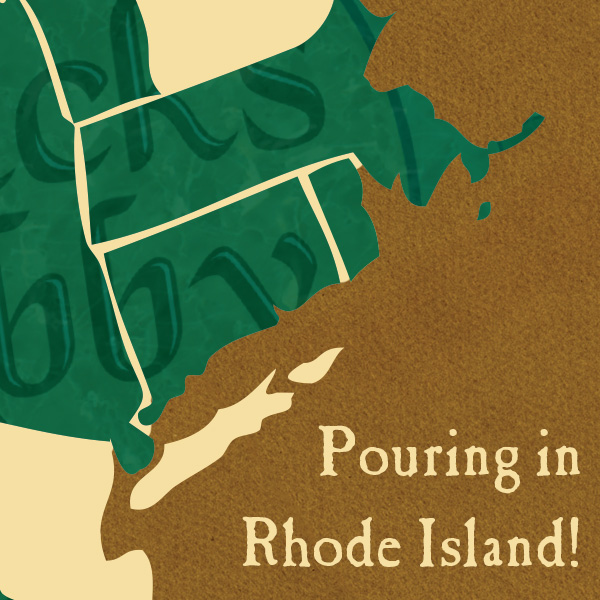 FRAMINGHAM, MA: Jack’s Abby Brewing today announces plans to extend distribution of its world class lagers to Rhode Island. The brewery is expanding to the Ocean State with its oldest partner and sole distributor in Massachusetts, Atlantic Importing, who is opening its own venture in the state—the Atlantic Importing Company of Rhode Island. This is the latest in a quick succession of new territories for Jack’s Abby following the launch of Eastern Pennsylvania at the end of March, as well as Connecticut this past June.

“Our fans in Rhode Island have requested our beer for a while now, and we’re happy to deliver,” said Sam Hendler, Co-Owner, Sales, “We couldn’t be more excited to get our lagers into the state in time for the spring and summer seasons.”

The Atlantic Importing Company of Rhode Island will distribute both draft and package for all of Jack’s Abby’s year-round offerings (Hoponius Union, Mass Rising, Leisure Time, Jabby Brau and Smoke & Dagger), as well as seasonal and specialty brews including Sunny Ridge Pilsner. The first delivery day is scheduled for Tuesday, April 21st.

Atlantic Importing Company, based in Framingham MA, has been distributing craft beer, craft spirits and fine wine in Massachusetts since its inception in 1995. After 20 years of steady growth in the import and distribution business in Massachusetts, AIC is expanding its distribution footprint to the state of Rhode Island.

Atlantic Importing Company of Rhode Island will occupy a 12,000 square foot warehouse located in central Rhode Island and will employ a dedicated salesforce concentrating on a very specific group of core products. The portfolio will feature craft beer, craft spirits and fine wine and will be available to the Rhode Island marketplace beginning in April 2015.