We attend all kinds of great events all across the northeast. Tap takeovers, beer dinners, tastings, lectures, beer festivals—if there’s beer we’re there.

We’ve provided this list of events so that it’s easy for everyone to find us and come have a drink. Take a look, and come join us! 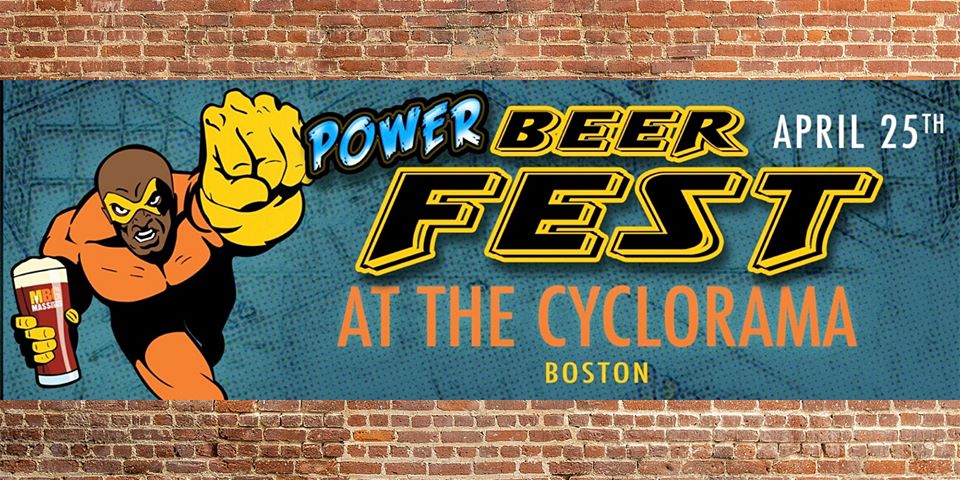 Come for the Juice Bombs, sip the sours and savor the stouts. The fundraiser and beer tasting will feature 40 local breweries for a two session event on Saturday, April 25 from 1 to 4:30 p.m. and 6 to 9:30 p.m.

Ticket sales of Power Beer Fest support the Mass Brewers Guild, the state’s nonprofit organization that works to protect and promote the interests of craft brewers across the Commonwealth. Mass Brewers Guild beer festivals are the only beer events run by brewers, for brewers.

Tickets are $48 for general admission and includes unlimited beer samples from participating breweries. Designated drivers/non-drinkers can attend the festival for $10.

**This event is for ages 21+, IDs required at the door. No exceptions. This is a beer industry event — no cider, wine or hard seltzer is served. No dogs allowed except for service animals. No Refunds. No exceptions. Being green is important to us – bring an empty canteen to fill up on cold, refreshing, filtered still and sparkling water at the Bluedrop Water Station. H20 is your friend**

Looking to host your next party with us? Plan your next birthday party, corporate event, wedding, etc at Jack’s Abby!